Occasionally, in Russian word ‘gady’ has two different meanings. ‘Gady’ are sea-creatures like octopus or squid. Also, bastards are called ‘gady’ as well. This coincidence became a base for a name of a new seafood restaurant in Ekaterinburg by the owner of Gastroli and Shalom Shanghai.

Crabs, Bastards* and Wine.
This is the place with affordable seafood and wine alongside with playful and positive atmosphere with a strong focus on food as a simple and pure pleasure.

From the beginning, we decided not to use engraving style and old-fashioned illustrations in brand identity (despite having them in the interior) and to create a bright and colorful visual language which would become a strong memorable accent and a great support to restaurant's vibe. A changeable dynamic descriptor adds playfulness and fun to the identity allowing to create unique logos for a variety of purposes. 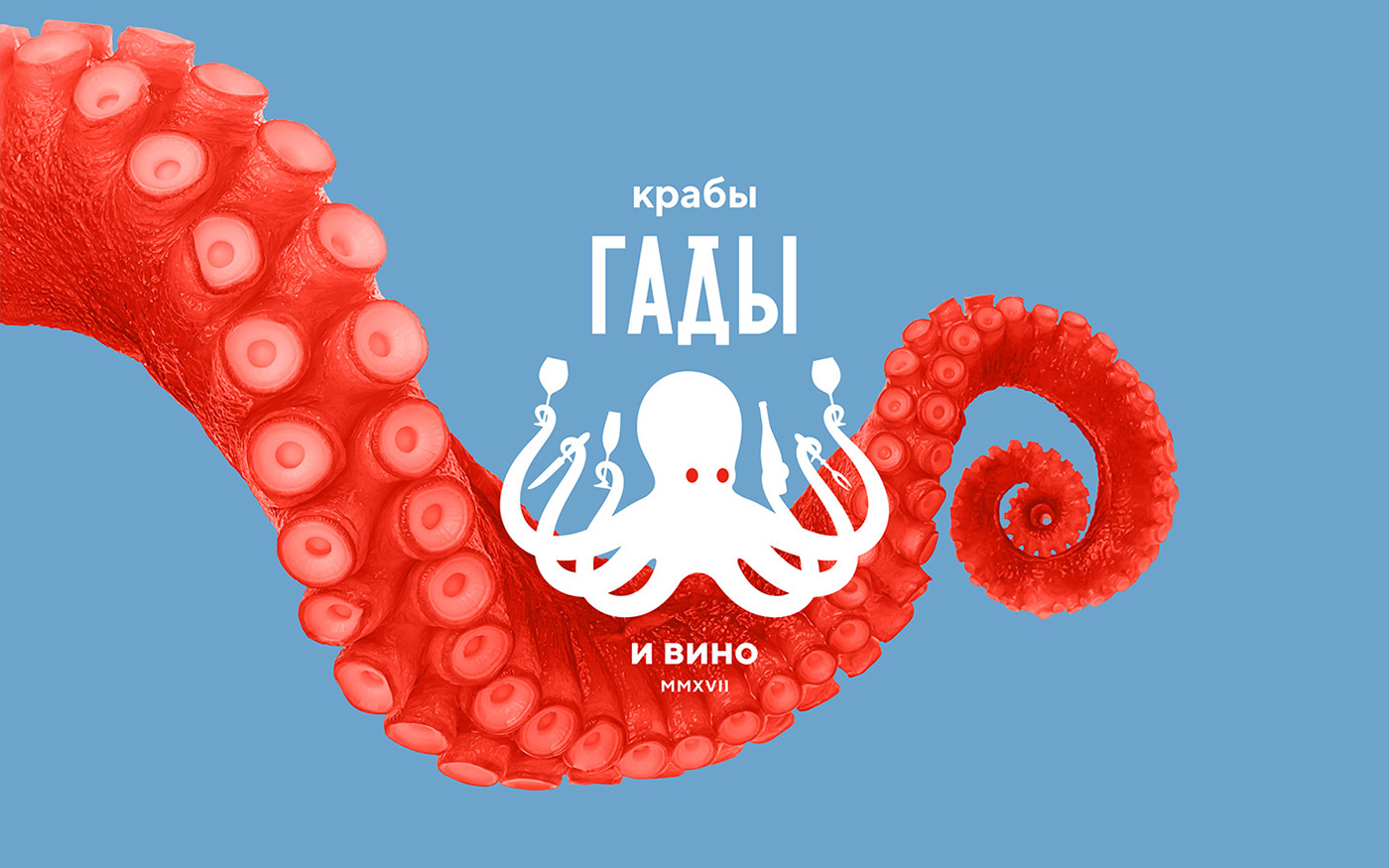 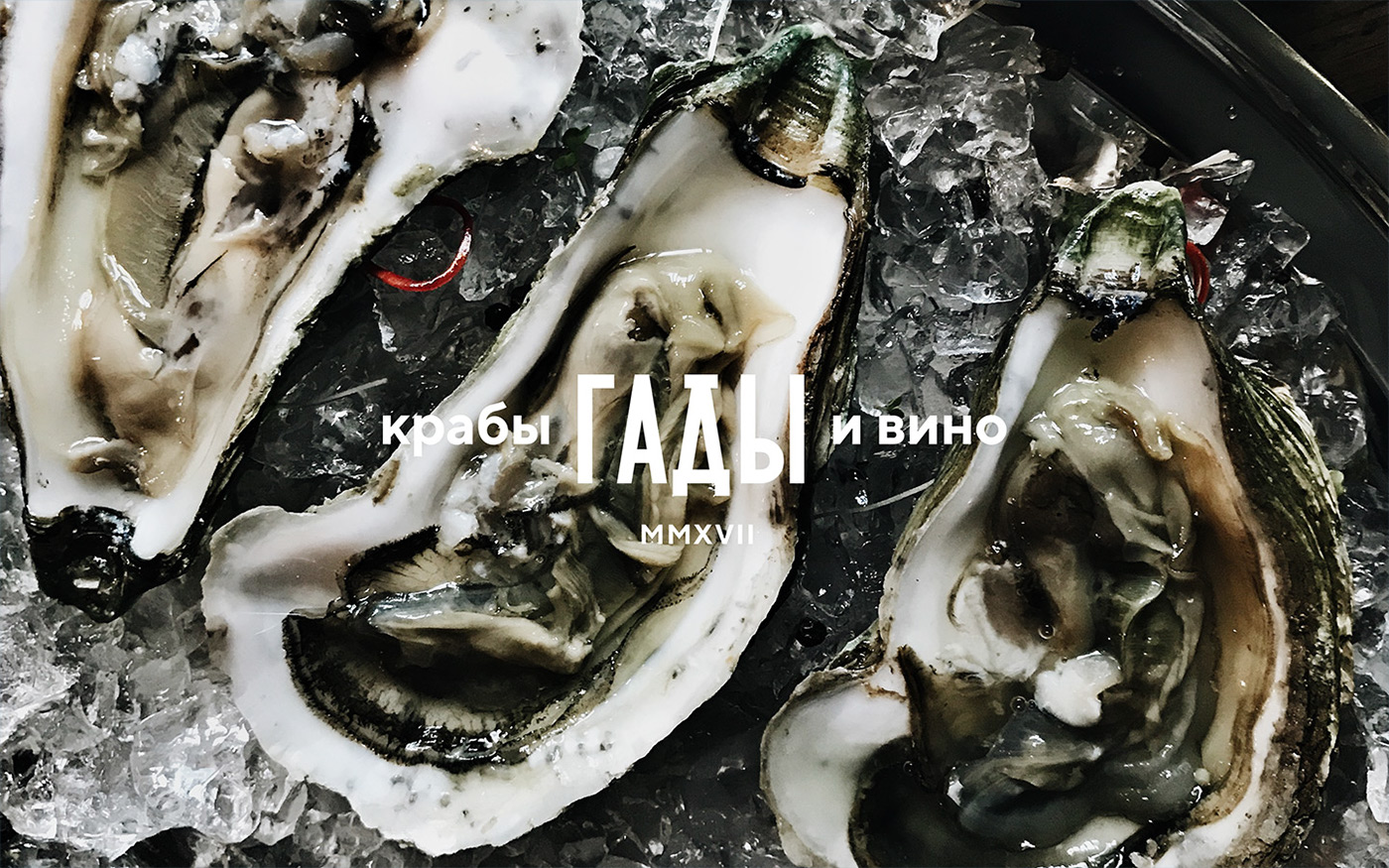 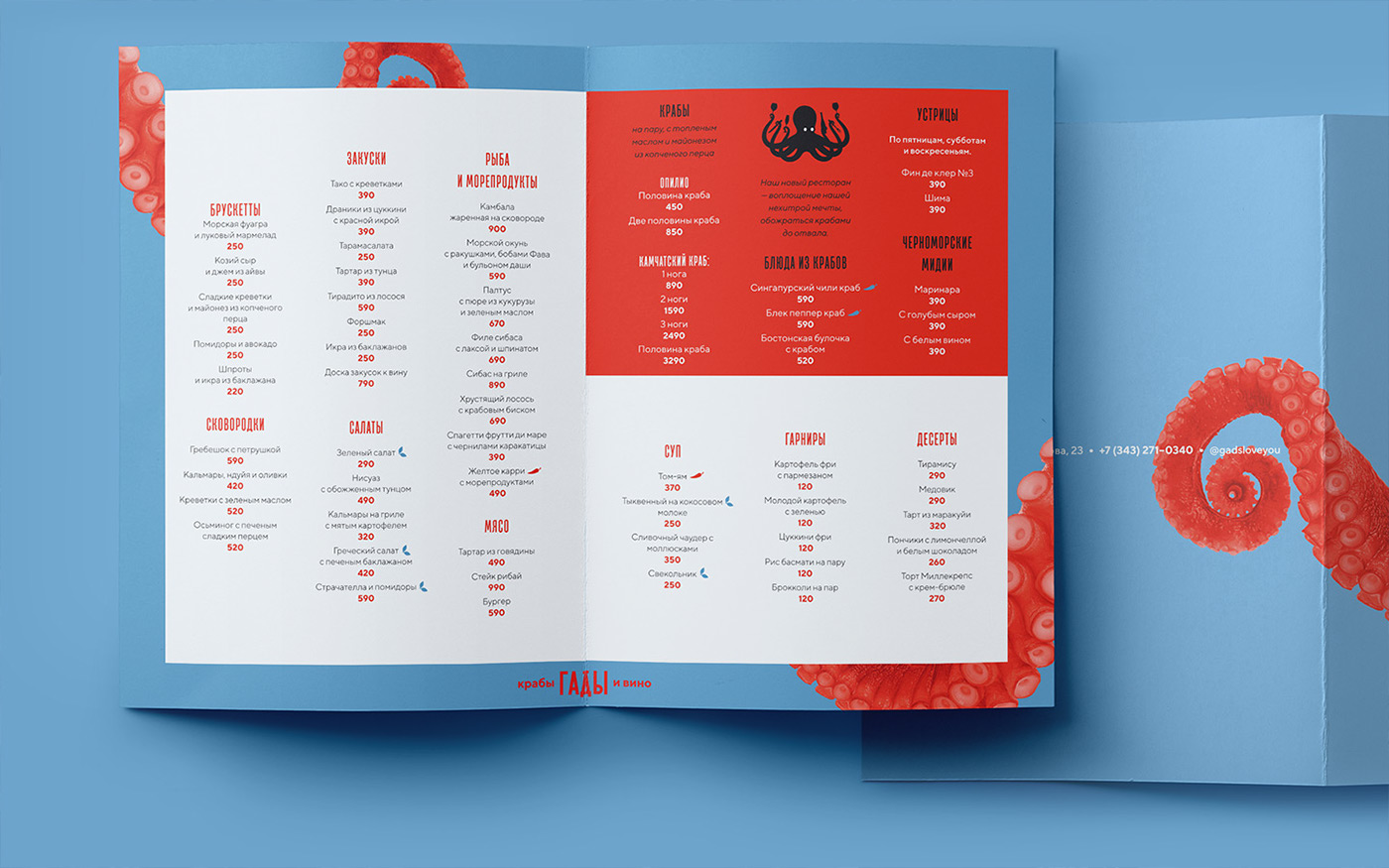 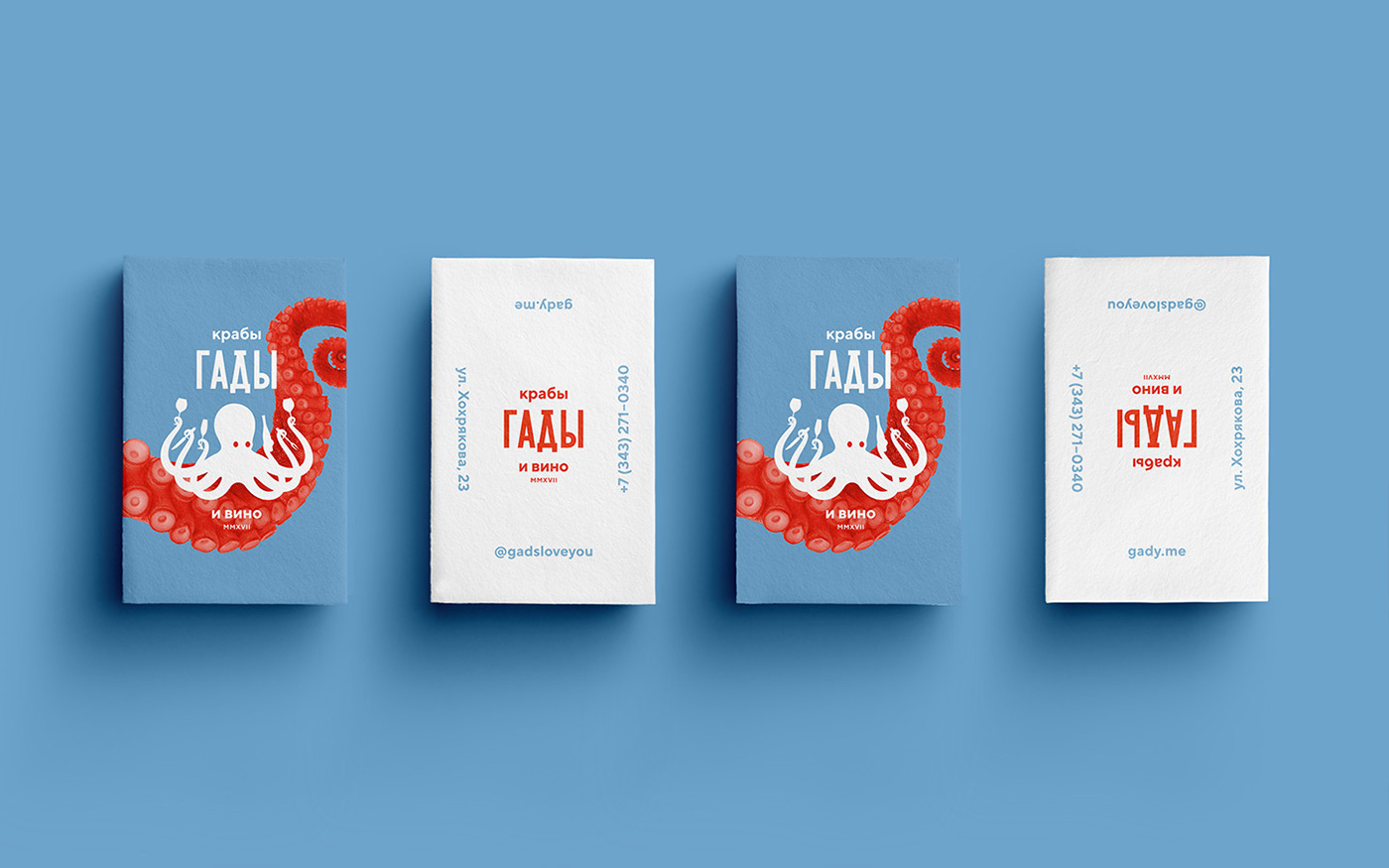 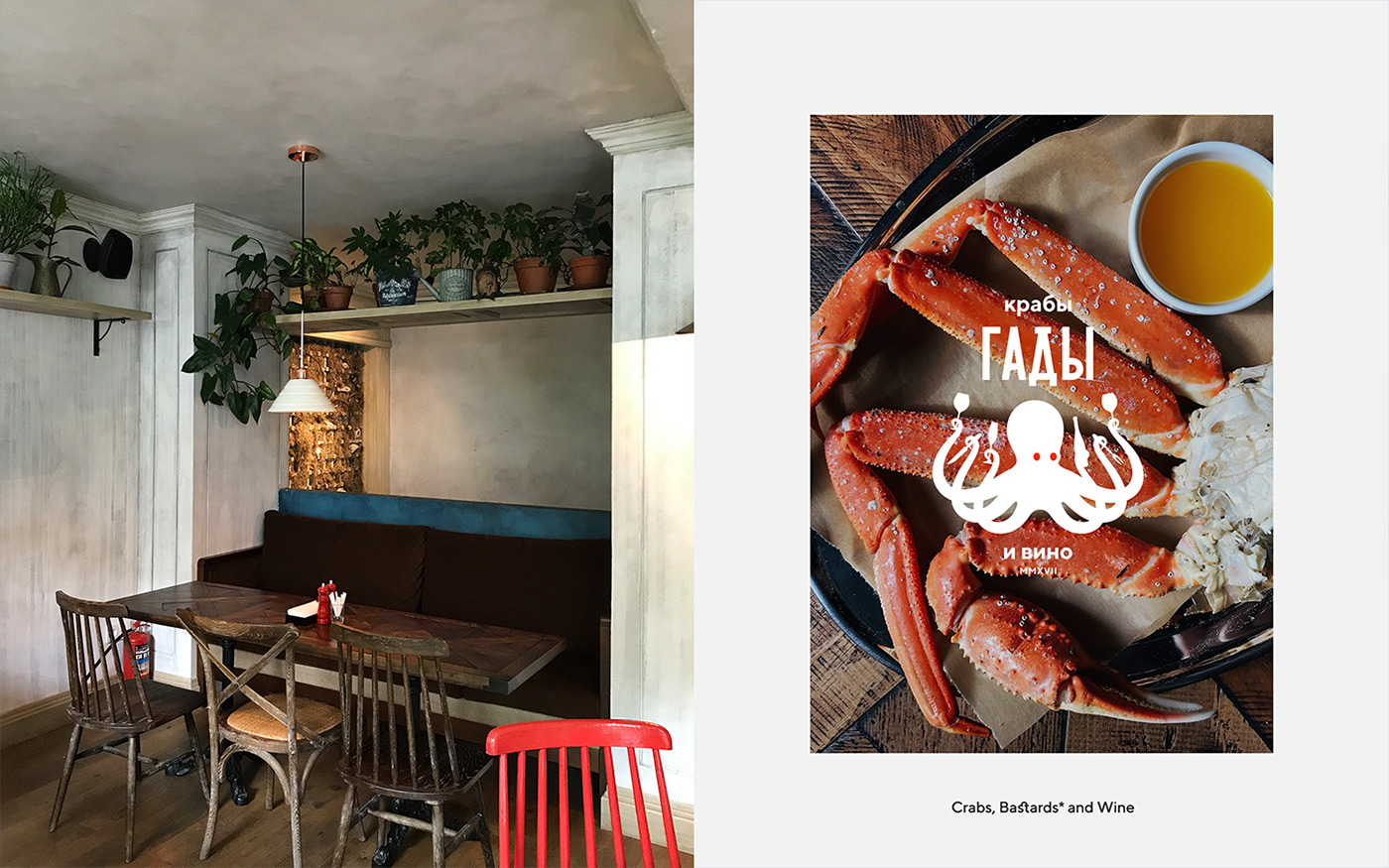 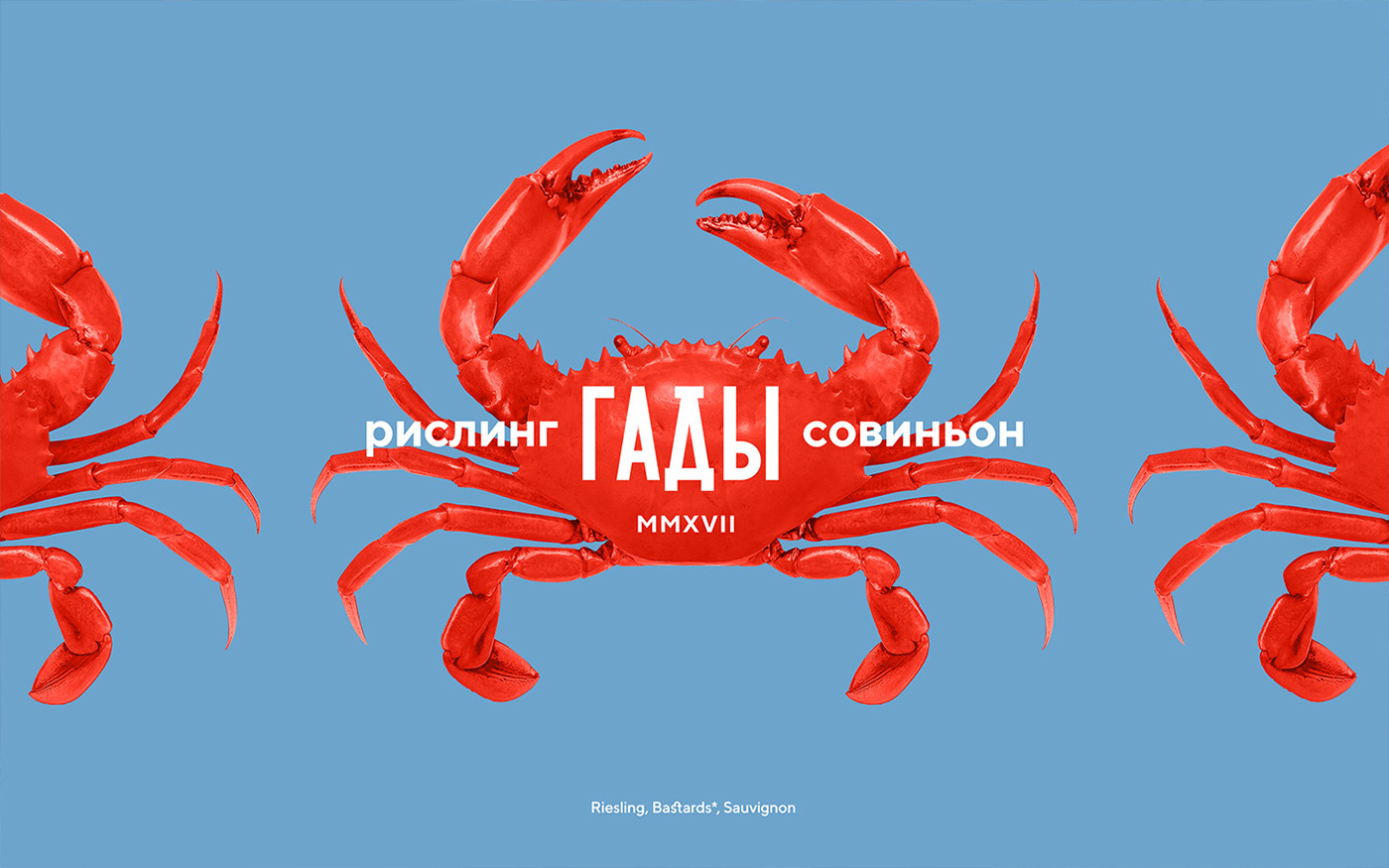 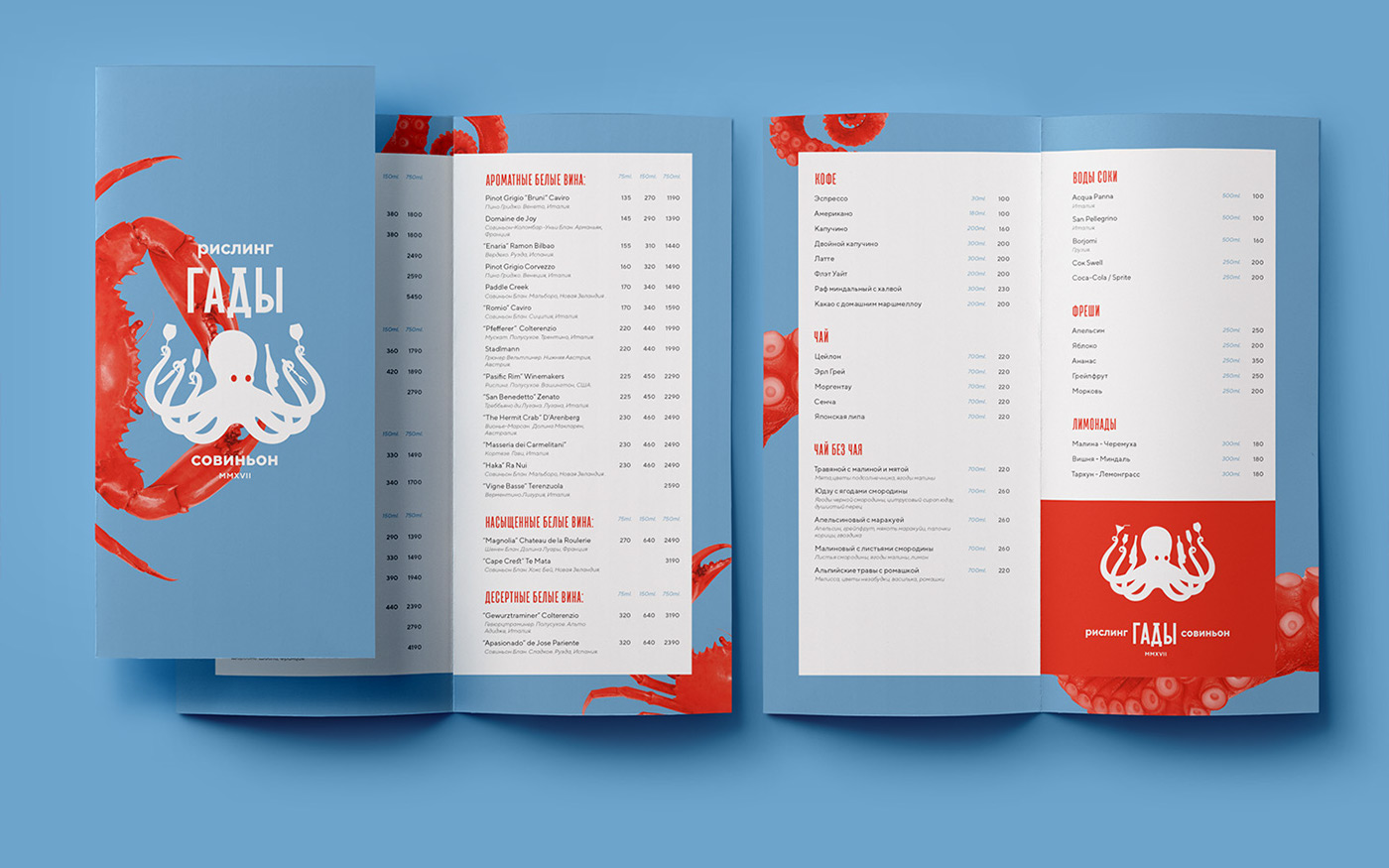 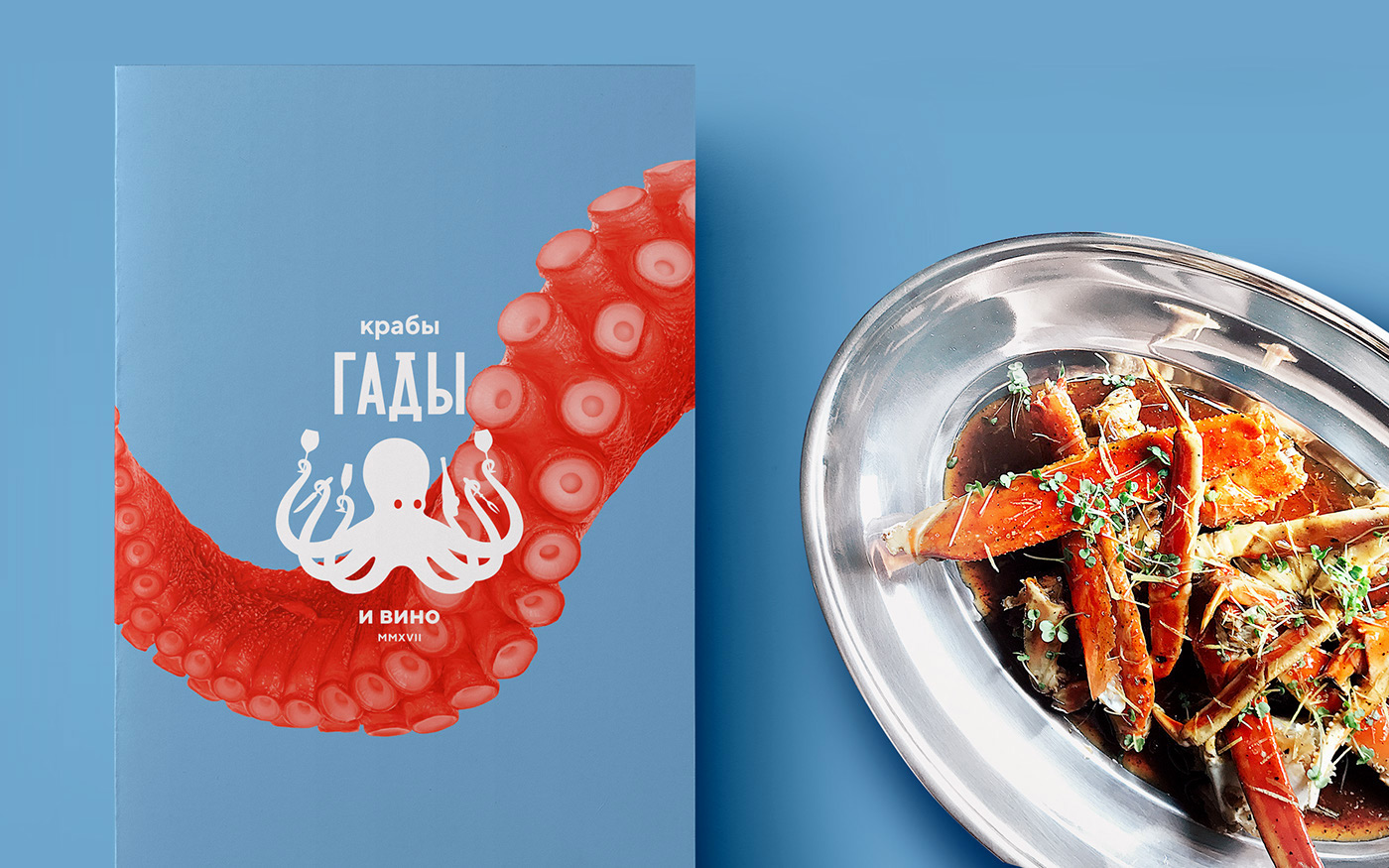 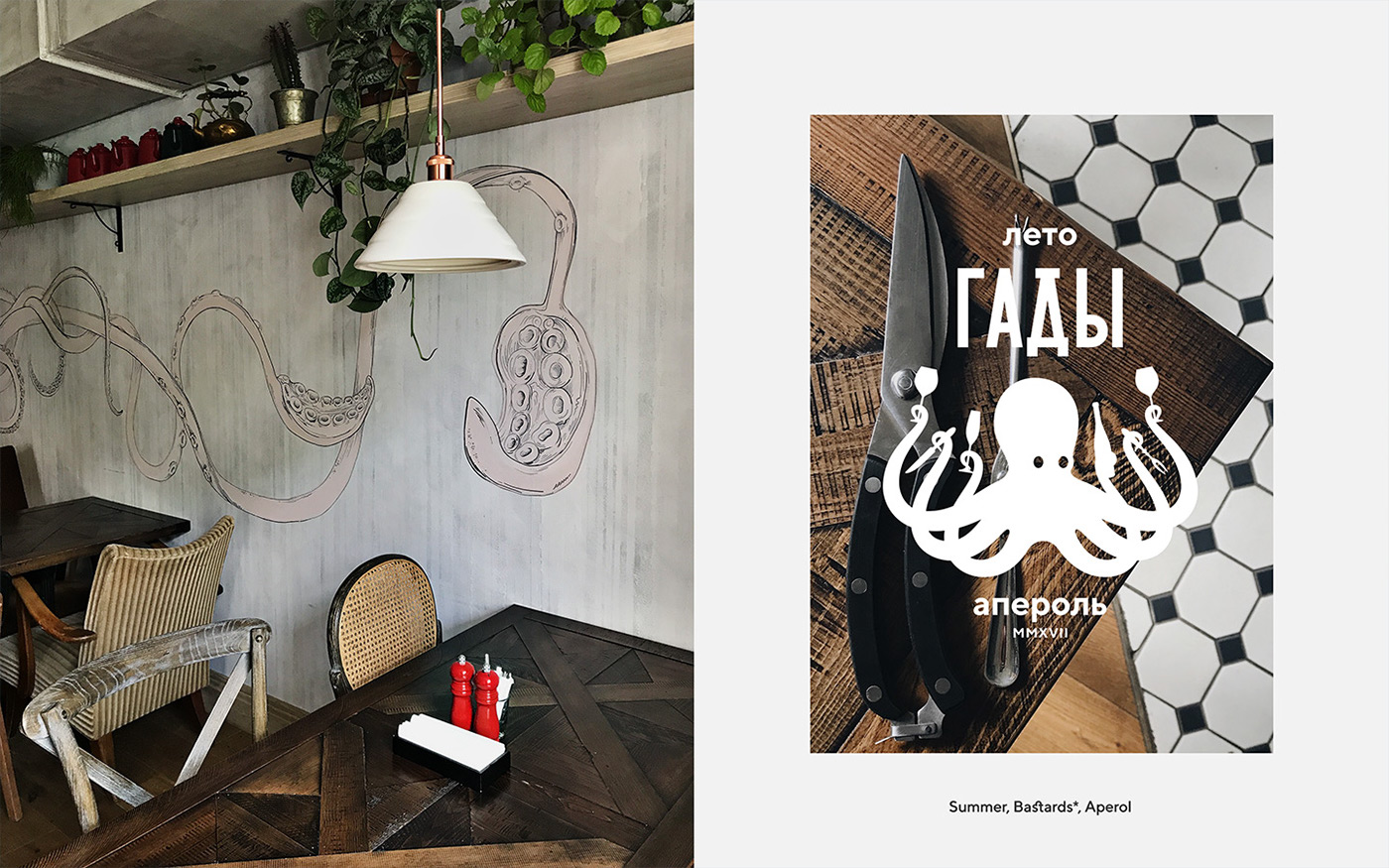 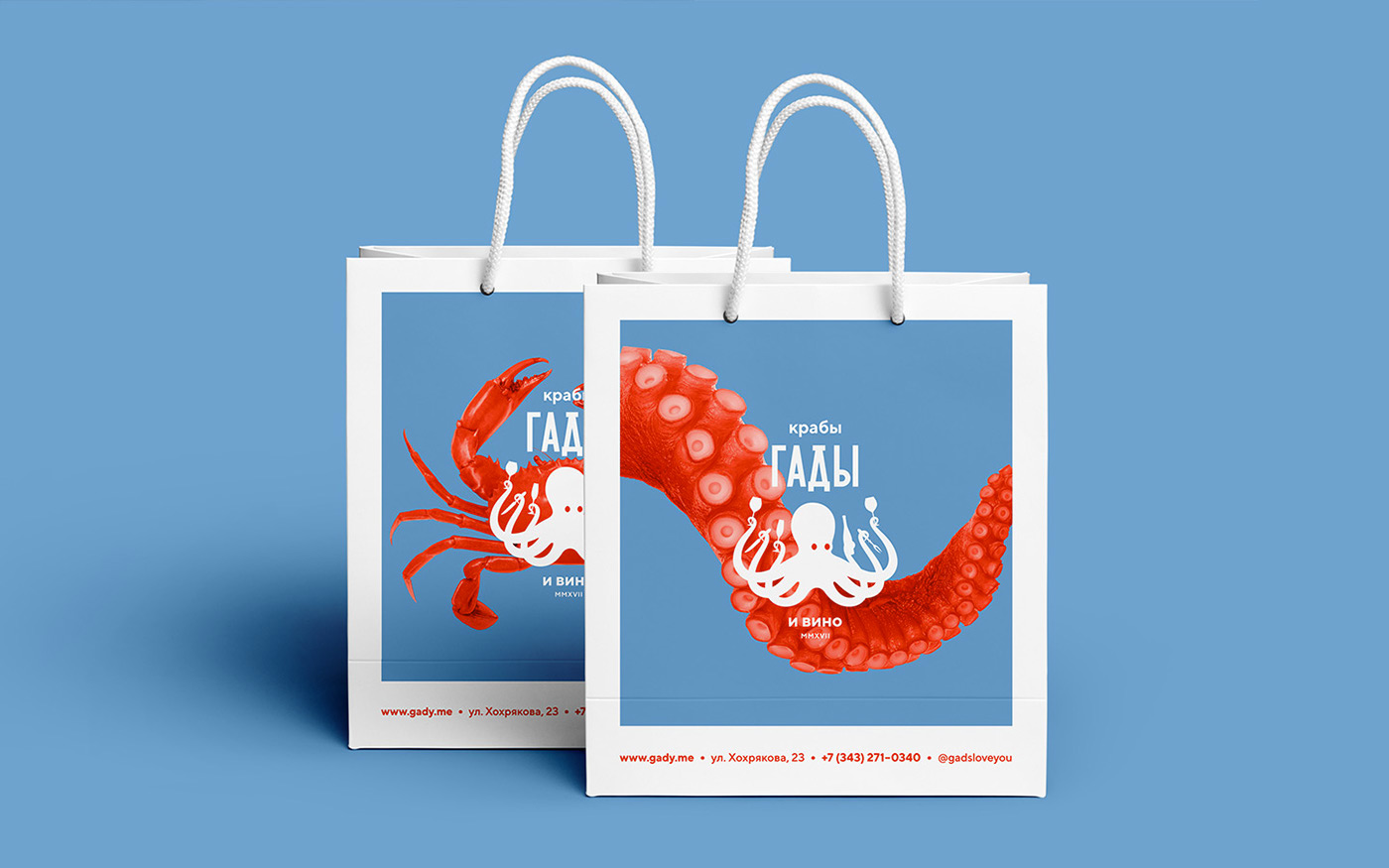 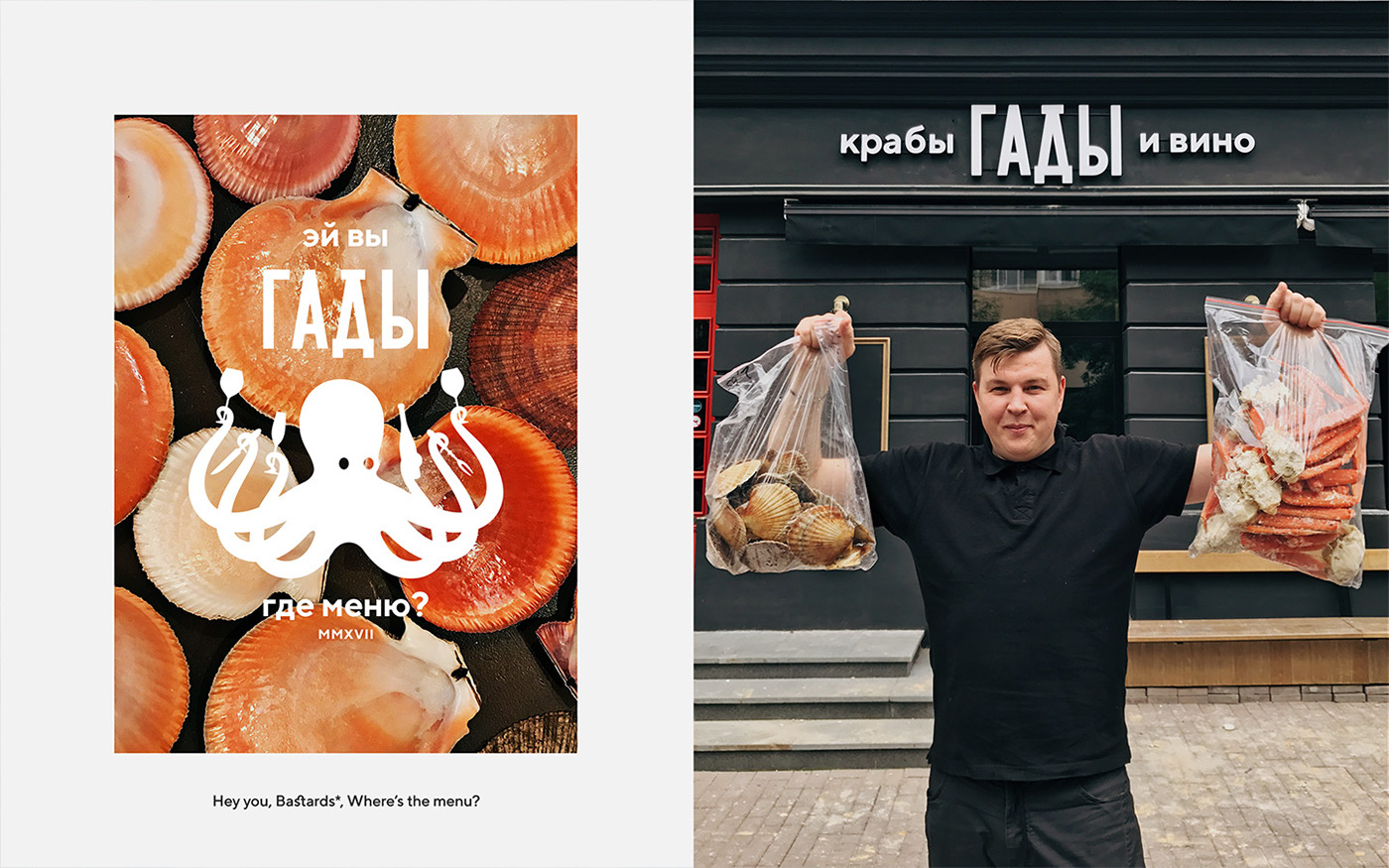 ENJOYED IT? HAVE QUESTIONS?

TELL US ABOUT YOUR PROJECT →